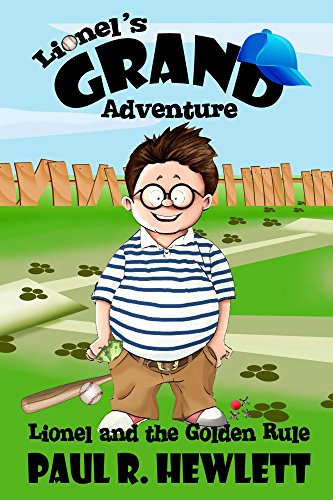 Lionel Snodgrass was a pretty happy kid  even though his older brother bullies him, kids at school bully him, and his mom is constantly siding with his older brother. Lionel also knew he wasn’t the most athletic kid in the world…well, he was pretty out of shape, but he liked himself anyway.  When Lionel and his family move into a new house he finds a strange object on his dresser. He learns from a store owner in town that there is a legend about a three-Toed-Potbellied Walbaun, a mythical creature that possesses magic. Lionel figures out that the object he found on his dresser is a three-Toed-Potbellied Walbaun foot and it is magical. Lionel wishes start to come true…but not always as he expects!

I really enjoyed this book. The story was really funny (especially when Lionel’s brother’s pants exploded – luckily his underwear was still on hee hee). I liked Lionel because he saw a lot of good in every situation and he seemed like a kid who was just happy being who he is. The story was a unique idea especially for an early chapter book. It was an easy read but the story was really good. I like what Mr. Hewlett’s Goodreads profile says – “Salesman by day, writer by night. Air Force vet.  My aim is to write books that are constructive for children and encourage them to read, even if reading is not their favorite thing.” I totally think “Lionel’s Grand Adventure” is a perfect book for “reluctant” readers or young advanced readers.

I give the beginning chapter book “Lionel’s Grand Adventure” five out of five book worms!

To learn more about Mr. Hewlett and Lionel you  can visit them on Facebook, Twitter or Goodreads!

The ebook of Lionel’s Grand Adventure (Lionel and the Golden Rule) is available at AMAZON.

There is also a copy of Lionel’s Grand Adventure being given away over at the She Writes blog! You can enter until March 24th! Click HERE to go there and enter!