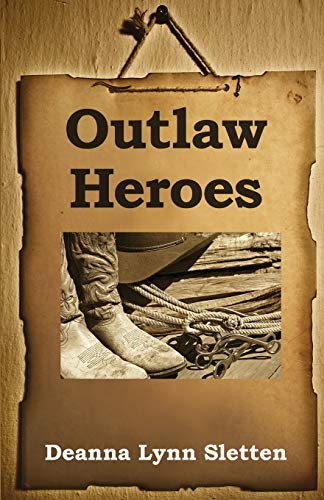 12-year-old Will loves the stories about the outlaws of America’s old west.

He especially loves the stories about Butch Cassidy, the Sundance Kid and their gang called “The Wild Bunch.”

Will loved to watch old western movies with his dad before he died.

When riding on a train with his mom to go to the birthday party of his great-grandmother, Will falls asleep only to wake up in a different time!

Will finds himself back in the old west and the train he is on is being robbed by the Wild Bunch! Will decides to tag along with the Wild Bunch (even though the Sundance Kid doesn’t want him to) and he is present at some of the gang’s most notorious crimes!

Pretty soon Will discovers that being an outlaw isn’t really that great and there is nothing heroic about it. He just wants to get back home, but how?

I loved the time period of this book (and that it had time-traveling in the story)! I really like old western movies too, so maybe that’s why I thought the story was so exciting.

I learned a lot about Butch Cassidy and the Sundance Kid in this book which I really liked. I thought Ms. Sletten showed that outlaws weren’t really heroes and that they had a really hard life.

Will is an awesome main character. I felt like I really knew him.

The action scenes Ms. Sletten described were great and the story kept me reading! There was a little cussing in the book, one or two da** words but nothing more than that.

I liked this book so much that when my grandfather asked me yesterday if I read any good books lately, I handed him Outlaw Heroes!