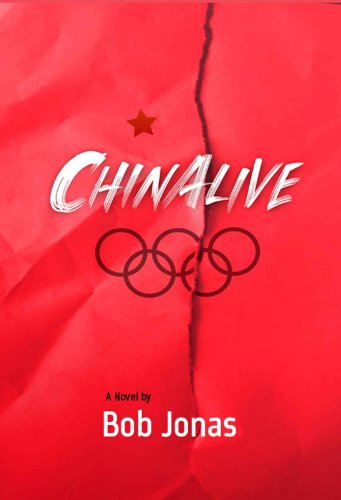 15-year-old Charlie Evers was warned about the internet censors in China.

He’d lived there most of his life (since he was 5, and before that, he was an American citizen) and he had learned a lot about China/Chinese culture in those ten years.

He also learned that living in China is much different than in America. He got carried away on a research project, and he ended up touching illegal topics on the internet because of his curiosity.

Charlie’s dad is “away for work” but his mom is worried. Next thing Charlie knew, the police were knocking on their door and he and his mom were questioned.

Charlie thought that was pretty rough but then he was kidnapped by a group he was researching on the internet!

His kidnappers promise Charlie that they will reunite him with his dad. They take him up the Yangtze River to the middle part of China.

What he learns changes his life forever. Charlie finds that his mom has also been taken and that his dad is somehow involved with the rebel group hat kidnapped him.

Charlie learns that there is a revolution going on in China, but right now, Charlie is just hoping to stay alive and find his parents.

ChinAlive By Bob Jonas - Our Review

This is a super-fueled adventure! The book is set in 2008 when the China had the summer Olympics.

I love the setting because I learned a lot and it is about a part of the world, I don’t read very much about it.

I love Mr. Jonas’s writing style. The plot he came up with has a lot of obstacles and that made it fun to read.

HERE IS A MAJOR SPOILER SO DON’T READ THIS PART IF YOU DON’T WANT TO!

I only had one little problem with the plot. It was the way Charlie was kidnapped and treated before being reunited with his dad.

Charlie’s dad is a high-ranking member of the rebel force trying to change China for the better, so I don’t get why he was treated so badly when they were bringing him to his dad.

Another kid character stumbled onto the rebel plot and he was just told to keep quiet.

Plus I thought Charlie’s dad would have been ANGRY about the whole thing, but it was like that’s just the way it is, that part seemed kind of forced, but that was only a minor point.

OKAY YOU CAN READ AGAIN

I like how there is an educational touch to the whole story. On Mr. Jonas’ website, I learned that he lived and taught in China and you can tell that he is very knowledgeable about the country.

I learned what an EXPAT was, about the Chinese culture and how the Chinese government operates. I loved learning about the Yangtze river and some of the geography of China.

Charlie is a character you come to care for. He is a nice kid, thrust into a big situation. He handles it pretty well, once he got past the whole “You kidnapped me, to save me?”. You can understand how he feels.

He seems like a typical American kid and is a believable character.

This book is rated as a YA book, but I thought the action and violence in it was no more than you read in some of the The 39 Clues books or the Alex Rider series (some characters die but in a justified way and it is not graphic), but there is quite a bit of cussing.

I think if Mr. Jonas took out some of that, the book would be great for younger kids too.

I am definitely putting this one on my read-again shelf in my bookcase.