Shadow of the Wolf by Tim Hall 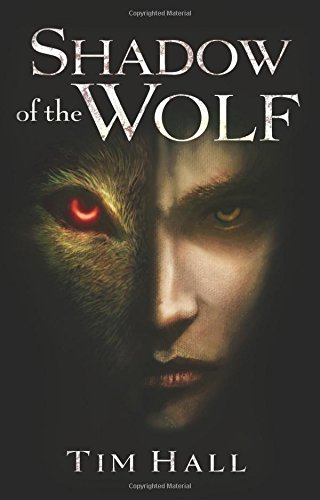 From GoodReads: “A world of gods and monsters. An elemental power, rising. This is Robin Hood, reborn, as he has never been seen before…

Robin Loxley is seven years old when his parents disappear without trace. Years later the great love of his life, Marian, is also taken from him.

Driven by these mysteries, and this anguish, Robin follows a darkening path into the ancient heart of Sherwood Forest.

What he encounters there will leave him transformed, and will alter forever the legend of Robin Hood.”

Shadow of the Wolf by Tim Hall - Our Review

What I Thought- This was a chilling book. It’s a take on the Robin Hood legends, but with more of a malicious tint.

The book is definitely for young-adult readers, but I would say that it’s for 13 year-olds and older. There is a hint of horror, but not enough to be considered a horror novel.

I like how it is a medieval setting, with no magic (there are potions and poisons, and Robin, who became blind, has a sixth sense that allows him to “see”), but there are gods, and a forest that is somewhat “living”, controlling how long you are in it.

It has an intriguing cross between supernatural and legend. The story is good and solid, although sometimes Robin seemed a little too angry.

There is some fighting, and murder, but nothing gory or graphic (although Robin at one point, wasn’t in control of his mind, and killed in cold blood.).

All in all, it was a solid story and an interesting take on the Robin Hood legend.

I give this book four out of five bookworms.