The Legend Comes To Life by Debbie Brown 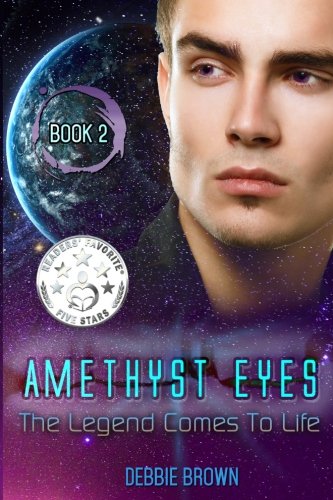 Tommy has been living with his father on the Phoenix for three years now, and is starting his cadet training.

The Phoenix is an interplanetary vessel that helps worlds in danger of natural extinction and helps colonize other planets.

When a new botanist named Fardoc destroys the arboretum where they contain plant life, and injures Tommy as well, something is awry.

But then other things happen that make it seems that there is a plot to undo the Phoenix’s work. Things like Tommy’s father, the commander, returning unconscious.

What if Fardoc isn’t just a jerk, but something much worse?

The Legend Comes To Life by Debbie Brown - Our Review

I liked this story. It captured the feel of the first book (see my review HERE) perfectly. The science-fiction world is believable, and I felt like I could live in it.

Tommy is a character other teens can relate to. Not only is he adapting to a world that he’s not used to, but he’s also changing it for the better while learning about being the leader. What I like about the book is that even though Tommy is 18, the book is still appropriate for 12-year-olds.

Ms. Brown has a writing style that engages you. The plot has a lot of twists and turns and action that keep you on the edge of your beanbag chair.

There is a lot of mystique happening throughout the book. I really hope that there is a book 3, and that it is as fun as this!

I give this five out of five bookworms!